The First Casualty of War is the Truth! 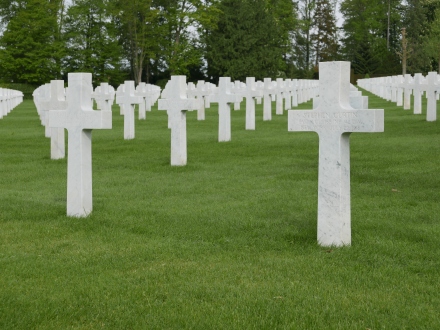 There is a conservative movement in France rewriting the history of World War One. These people say the Allies should have never accepted an Armistice and marched on to Berlin once the German 1918 offensive was broken, thanks to US intervention. They say this would have prevented World War Two. They made the 100th anniversary of the Armistice a celebration of the Generals. They claim the war was fought by “patriots for liberty.” They say we are wrong to measure the killing with today’s yard-stick.

END_OF_DOCUMENT_TOKEN_TO_BE_REPLACED 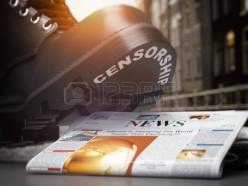 Social-media platforms are increasingly under attack for the content they carry and face heavy fines in some European countries. What is under question here is the legal responsibility of a platform for the content users post as well as how much freedom is to be given to speech. It is like a return to the XVth and XVIth century when the Church tried to control philosophy and science.

END_OF_DOCUMENT_TOKEN_TO_BE_REPLACED

Migrants continue to make their way to Europe and Europeans are showing their discontent more and more at the ballot boxes. Yet, many in Europe still argue more are welcome. The European experiment of integrating those from other cultures is a failure and more will make matters worse.

END_OF_DOCUMENT_TOKEN_TO_BE_REPLACED

NATO Friday night attacked the Libyan television station in Tripoli killing three people and injuring 15 others in direct violation of their own UN Resolution 1973 which stipulates they may attack military targets “to protect civilians and civilian populated areas under threat of attack in the Libyan Arab Jamahiriya, including Benghazi” and to impose a ‘no-fly zone’.

END_OF_DOCUMENT_TOKEN_TO_BE_REPLACED

Mauvaise foi: that is what the French call a bare-faced lie you tell to a person you know is aware you are lying but you pretend everything is up front and normal. This year, in Cote d’Ivoire and Libya, the French have demonstrated they are the masters at mauvaise foi.

END_OF_DOCUMENT_TOKEN_TO_BE_REPLACED

On June 10, US Defense Secretary Robert Gates told the Europeans they need to spend more on Defense and play a greater role or the US would take its military toys and play somewhere else. The threat has the Europeans squirming and it may mark a major turning point in Europe’s balance of power.

END_OF_DOCUMENT_TOKEN_TO_BE_REPLACED

The Israelis say Syria paid protesters to go to the Golan Sunday to protest the ongoing Israeli occupation of the heights as if this justifies using live fire against unarmed demonstrators in which as many as 25 people were killed and 350 wounded.  That the accusation rather than the killings gets the lede is insane.

END_OF_DOCUMENT_TOKEN_TO_BE_REPLACED

“There is no way this is going to end up well for the United States.  Every tribe in Yemen has received missiles from American drones.  The US aided and financed Saleh all these years.  They covered for him up to just two weeks ago.  The Yemenis won’t forget this.  The crack troops we saw Friday fighting the tribes are the anti terrorist forces equipped and trained by the United States.”

END_OF_DOCUMENT_TOKEN_TO_BE_REPLACED

It is amazing to see how those in the mainstream press simply ignore anybody who leaves the ‘official frame’ set by the ‘respected authorities’. The limits of debate are narrow and ‘official speak’ is full of new euphemisms and phraseology with meaningless content destined to join ‘collateral damage’ in the dustbin of used spin. Let us look at some examples.